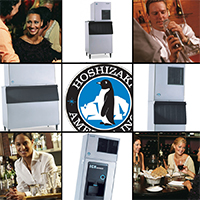 Avalanche Ice is Jacksonville, Florida's premiere ice machine leasing company. When you lease with us, we will take care of any repairs and maintenance for your machine at no cost to you.

We have a variety of dependable Hoshizaki ice machines that are suitable for your restaurant, hotel, church, office and more. You can even upgrade and change your equipment to fit your needs when your lease is up. Leasing an ice machine also provides possible tax benefits as well!

Avalanche Ice strives to take the hassle out of owning an ice machine. Forget worrying about high purchase costs, installation fees, or expensive service and maintenance.

Our leasing options are significantly cheaper than purchasing an ice machine. In addition, we charge no installation fees, and any required service or repairs are FREE OF CHARGE. 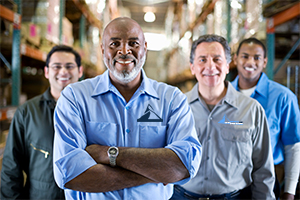 Avalanche Ice came from humble beginnings as a division of a local refrigeration company in the early 1970s. The company was originally called Kold Draft of North Florida. Kold Draft operated as a regional distributor of ice machine parts and equipment in addition to leasing ice machines. The company provided ice machine leasing, and servicing to state, local, and national businesses including government offices, restaurants and bars.

Over the course of Avalanche Ice’s more than 40 year history, the company leased and serviced ice machines to well over 1,000 businesses in the Jacksonville area. During that time, Avalanche Ice distinguished itself as one of the first ice machine leasing companies with exceptionally low startup costs and superior customer service.

Below you can get a quick overview of Avalanche Ice's extensive history leasing ice machines in North Florida.